Dr Christopher Love is proud to have received the Center of Excellence in Penile Implants award from renowned Professor Steven Wilson.

Dr Love received this award on April 6th 2019, as the only Australian urologist to be given this honour. This is a significant achievement given that to date, only three clinics in Germany, one in Korea, one in Spain and one in the United Kingdom have received the award.

Professor Steven Wilson began awarding clinics outside the United States with his Center of Excellence in Penile Implants certification in 2008. To receive this Designation: 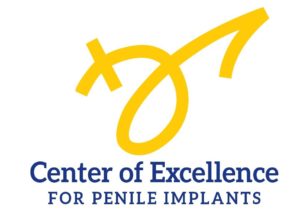 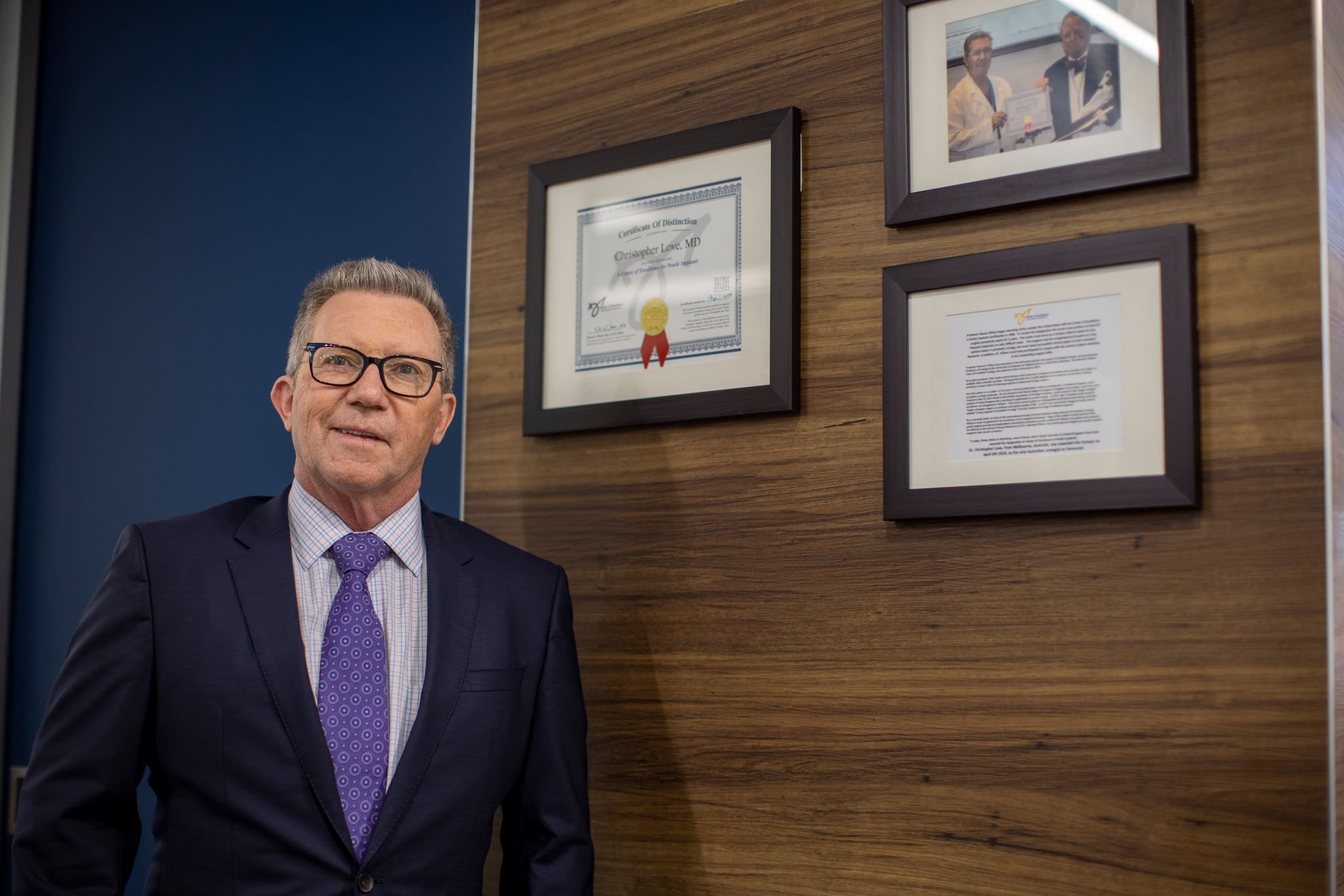 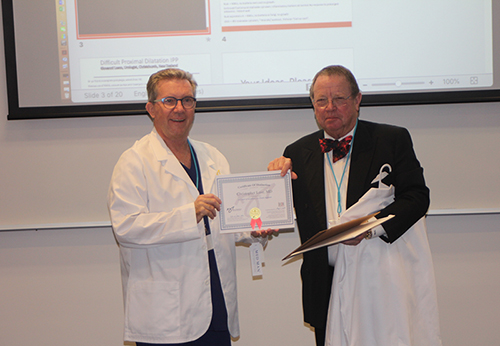 The Steven K Wilson Chair of Prosthetic Urology was endowed at this University in 2007. He is past president of the Southcentral Section of the American Urological Association and a member and officer of multiple other scientific societies. Having performed over 11,000 implants in 53 countries, he has been visiting professor at most of the US training programs & numerous foreign centers.

He is the author or co-author of 232 peer reviewed publications, videos and abstracts, 17 textbook chapters, and 5 prosthetic urology textbooks. He was elected to the Royal College of Surgeons of England “ad eundum”. He is the 2010 recipient of the St Paul’s Medal of the British Association of Urologic Surgeons – given yearly to that single urologist outside of United Kingdom that contributed significantly to world urology. In 2013, the F. Brantley Scott Award of Excellence was designated to Wilson. This yearly award is given to distinguished world physicians whose work has “made a dramatic impact on medicine and patient quality of life.” In 2017, he received the inaugural yearly award entitled “Living Legends of Prosthetic Urology” from the Society of Urologic Prosthetic Surgeons.

He is currently Editor-In-Chief of the International Society of Sexual Medicine Video Journal of Prosthetic Urology. Wilson is most recognized for his inventions of new surgical techniques making the complex implantation of penile implants and urinary sphincters minimally invasive. Many of the modern enhancements to the penile implant and special implantation instruments/retractors are the result of Dr Wilson’s inventions and research. An editorial in the Journal of Sexual Medicine (2015;12:413) indicated Wilson “has performed and taught more penile implant surgeries than anyone in history.”